Do your plants have flare? 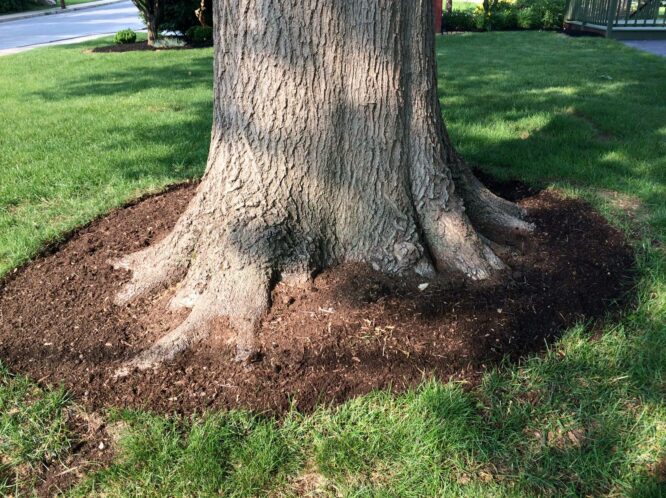 Recently, while pruning in the garden of a new client, I became aware of a sickly, struggling Japanese Maple. The diagnosis was easy: it had been planted too deeply, evidenced by the fact that the root flare was invisible.

Root flare is the widening at the base of a plant just above the roots. If the tree has been correctly planted, you will SEE the root flare (first photo, below). If the root flare is not visible, the plant has been planted too deeply and will likely struggle because it will not receive adequate oxygen. In fact, ‘girdling roots’ may grow up around the trunk in search of air and can sometimes wrap so tightly around the trunk that they strangle the plant and stunt its growth. ‘Girdling’ roots also trap moisture close to the trunk, causing root rot. In addition, buried root flares are unattractive; without visible root flares, trees look more like telephone poles in the ground (as in the second photo, below).

The Japanese Maple I excavated for our client was 5” too deep. I replanted it so that the root flare is now visible. I expect it will do much better now. But wait there’s more! In replanting and raising the Japanese Maple, I was surprised to find that the person who originally planted the tree never removed the nylon NON-biodegradable twine wrapped tightly around the root ball and trunk. Had I not cut and removed this twine, the tree would have been dead in two or three years.

The moral of this story? Plant your trees and shrubs high enough so that root flares are visible. And ALWAYS remove the binding around the root balls!! 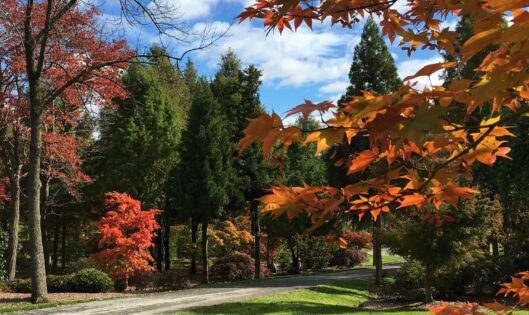 The Beauty of Autumn

“I loved autumn, the season of the year that God seemed to have put there just ...

The sunny, pleasant days of early autumn are perfect for getting outside to prepare y... 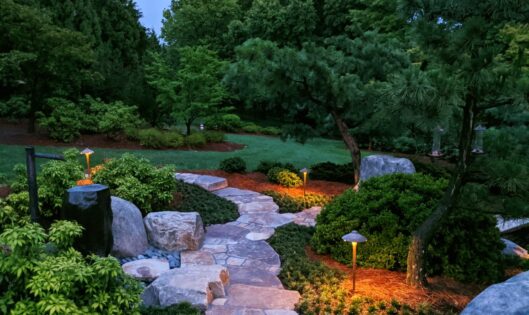 Garden Views in the Gloaming

Share your goals, ideas, and project budget and we will begin to survey and plan your garden

We will consider all your primary view perspectives, both inside and out as we design your garden